The Frugal Feeds us Cake

Brace yourselves ladies, today’s guest poster is actually a dude. Don’t let the cold, British “Hey look at me, I use big, smart non-American words” attitude fool you, Nick over at Frugal Feeding is such a quality person. Just don’t tell him that I think the world of him. It will ruin the witty {on my behalf. not on his} banter back and forth between the 2 of us. In all seriousness though, he has such an incredible blog full of wonderful recipes and photography that perfectly encapsulates his passion towards cooking. It is a no-brainer as to why this guy is one of my favorites.

This is my very first guest post, but I shan’t be approaching it with any trepidation what so ever. Neither shall I be indulging in a self-deprecating gush about my gracious host; though, it should be said that some offers are far too good to be refused. Of course, there isn’t anything fundamentally wrong with a jolly good gush, apart from the fact that such a thing would be bally well out of character. 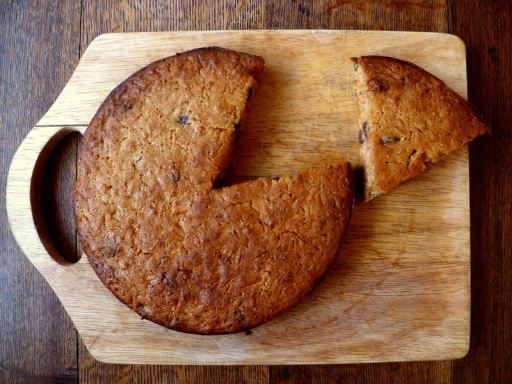 Deciding on what to make for this occasion proved incredibly tricky. Cara, bless her soul, said that my recipe needn’t pay heed to her dietary requirements. However, ignoring such an important part of her life simply wouldn’t do – such a thing would be both rude and foolish. Besides, it would have made very little sense to post a recipe that would appear incongruous in the eyes of her readers. Since I’ve gone to such extraordinary lengths as to pick out all of the suitable ingredients from my cupboard and arrange them into a barely discernible mass, I fully expect Cara to make this herself. If she fails to do so, I shall be forced to appear disconsolate until my dying day. Then again, that may well turn out to be next Wednesday.

In truth, gluten free cakes probably appeal to me more than those which contained run-of-the-mill flour. In general, they turn out a little moister and ever so slightly more flavourful. This probably has everything to do with the fact that all of my gluten free cakes contain ground almonds; an ingredient eminently more toothsome than the usual suspect. Indeed, everything was going swimmingly until the need for egg arose. It would have been such a waste for me to have purchased an egg substitute
for this; we keep hens and it is difficult enough to use all of their eggs without supplementing them with an impostor. However, a good egg substitute will certainly get the job done, since the carrot already plays the part of a rather wonderful cake adhesive.

I hope you enjoy my first foray into baking cakes which seem to contain so very little that their existence still surprises me. However, the photographical evidence is before you. One and all can bear witness to its actuality – though, not yet to its deliciousness.

1. Grease a 9” springform pan and heat the oven to 180C. Begin by whisking together the oil and sugar until light and fluffy. Beat in the eggs one at a time, or the egg substitute little by little. Fold in the almonds, raisins, carrots (which should have had as much of their juice wrung from them as possible), spice, baking powder and lemon juice/zest.
2. Transfer this to the lined pan, level off and bake for 40-50 minutes or until golden brown on top. Once cooked remove it from the oven and leave to cool for 10 minutes before transferring it to a wire rack. Leave to cool completely. 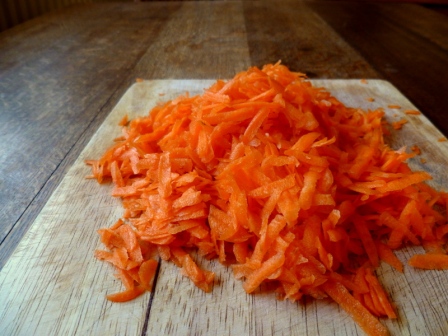 Cost: The one negative of gluten free baking is that it is often a little dearer than the good ol’ fashioned way, but needs must. However, despite this fact, the cake you see before you ought to come in at a rather reasonable £2.